Wealth Built Right loves working with people like Charlie Arnott and his family. Charlie is a biodynamic farmer and grazier. He practices regenerative farming. It’s organic, biodynamic and holistic grazing on his 5000 acre mixed farming property, Hanaminno. Charlie has won several agricultural industry awards for leadership, resource management and conservation. He has been an active land carer since the inception of the Landcare movement in 1989. With previous roles in all levels of Landcare, from district groups to the Sustainable Farming ambassador for Landcare Australia he’s passionate about growing clean healthy meat. Charlie sells direct to customers and butchers under his brand Charlie Arnott Natural Grass Fed Meat.

In October last year we were delighted when Charlie was announced as the winner of the 2018 Bob Hawke Landcare National Award. The Award acknowledges an individual who has demonstrated a remarkable commitment to caring for the land; champions better practices; and gives their time to share knowledge with others so that they too, can prosper.

The Award is really no surprise. Charlie and his wife Angelica have displayed tremendous courage in viewing farming differently to mainstream traditional beliefs. Viewing it disruptively.

At an early age Charlie became aware that many farmers identified themselves by what they did. In essence, this meant that because they were farming they saw themselves as being ‘just a farmer’ which made it difficult to be anything else. This had become a cultural mindset passed on through the generations.

Consequently the first ‘paddock’ Charlie worked on was the one between his ears! Charlie began to critically assess his own farming priorities and decision making, and break down traditional paradigms. It became more than just using the resources to make money. Today Charlie sees himself as an entrepreneur, property developer, teacher, artist and farmer.

Walking to the beat of a different drum takes significant courage particularly in an industry that has barely changed over the past few generations but Charlie kept focused. Through an open mind, ongoing study and by surrounding himself with mentors and disruptive thinkers Charlie has achieving continual improvement and change.

His focus on regenerative farming has revisited ancient principles that focus on partnering with nature where we don’t need to kill everything else to grow what we want. Letting nature do what it does best does take courage however, the rewards are flowing through creating amazing results.

Natalie and Terry have determined the Wealth Built Right focus for 2019 is Courage and it’s clear that Charlie exemplifies that.

Congratulations Charlie on your Award. Our future is brighter because of people like you! 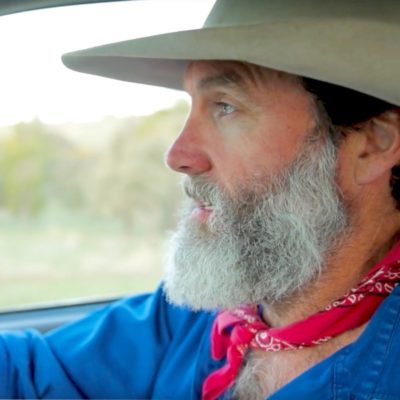