I am not sure what it is like for you but I am growing impatient of this lockdown. On face value it would seem that the economic pain being experienced by many is out of kilter with the number of people who have contracted the coronavirus. Having said that, our governments have a responsibility to protect their citizens and are now making noises about releasing the shackles. The reality is however, that no government will loosen the current restrictions prematurely only to find a second wave of infections and an increased death rate. This would be political suicide.

Over the past few days the Federal Government has introduced the COVIDsafe App. I must admit I was somewhat ambivalent about downloading it initially. This was partly because I was concerned about “big brother” knowing too much about me and my whereabouts and also because I don’t think it has been promoted very well. A couple of days ago my thinking was challenged by a client who stated that what people don’t understand  is that downloading the App will fast track the government moving sooner rather than later to enable society to return to some form of normality. This will mean people can return to their employment, travel to visit family and friends, go out to a restaurant and attend sporting events to name a few. Imagine how good that would be!

My client’s daughter-in-law has been working with the NSW Tracing team and her role involves calling people and asking where they were two weeks ago. Most people can’t remember where they were a week ago let alone who they may have come into contact with at the time.

The purpose of the App is to capture this information and in the event of an outbreak, relevant medical authorities can move quickly to quarantine those infected and those they have come into contact with. In addition to an increase in testing, this provides greater control over significant outbreaks and will provide those in authority the confidence to return to normal whatever that looks like in the future.

It is not only the Government’s job to sell this but also each and every one of us who has a database to share these observations. Take for example Qantas, Alan Joyce (CEO) should be on the front foot contacting all Frequent Flyer members promoting this action.

The more people who download the App the quicker we will get our country back on track again.

Please feel free to share this with your networks, be it on social media or by good old fashioned word of mouth and let’s get back to our ‘new normal’.

Connect with Terry through LinkedIn 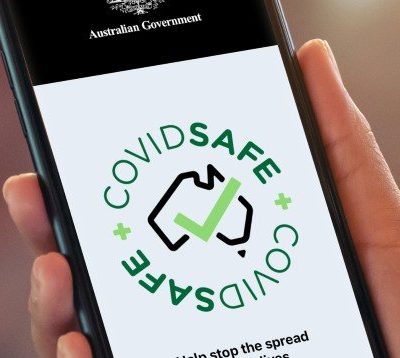