In my 30s I spent a few years learning karate.  It was interesting to observe the way in which the classes were conducted – at the front of the dojo was a line of black belts, followed down in order from brown to the beginners at the back of the room who were the white belts. The aim was to attend classes and learn new katas and self-defence techniques until such time as the Sensei believed you were ready to go the next level. He was very strict and would sometimes fail students at the grading session if he thought they were not yet sufficiently adept. It was always a thrill to pass a grade and be rewarded with a new belt and importantly move one line closer to the front of the dojo. Typically, it would take the average student around 5 years of training at least twice a week to achieve black belt status. But the theory is, it is only at that stage that you are finally ready to learn.

I believe there are synergies between this philosophy and our positioning in the market as Financial Mentors. After commencing my career as an Accountant over 30 years ago, I became a Financial Planner and joined ANZ as a Personal Investment Manager. It was fair to say that when I began in this industry, I was a white belt. Even though I had a Commerce degree, I now realise how little I actually knew. For the first 12 months I shared an office with my mentor, John Calnin. John kept things simple and was great influence on my development particularly around people skills.

I progressed to work at ANZ Private Bank in Collins Street, Melbourne dealing with some of the nation’s most successful and wealthy families. That experience prompted me to set up my own businesses including two start up financial planning firms.  I have lived experience in legal action when the purchaser of one business decided to renege on the payment. What followed was a difficult 12-months that cost $80,000 in legal fees while I simultaneously went through a divorce. The pressure was immense however the experience invaluable.

I have consulted to a leadership group and took a team of businesspeople to northern India on a tour supporting orphanages and sewing schools that teach young women to go into their own business. I have built homes, bought and sold properties, made some poor investment decisions in the early days and have seen significant share market volatility come and go. I have held various positions on Boards including chairing one organisation for six years.

Prior to becoming involved in Wealth Built Right, I worked as a senior manager with another major bank which motivated me to again become a Financial Planner and, through seeing the practices that have since been exposed in the Financial Services Royal Commission, operate differently to those who have ended up being exposed. I have packed in many amazing experiences over the past three decades, some enjoyable, others challenging and tough to manage. Irrespective they have all contributed to shaping me into the person I am today.

My business partner, Natalie Waterhouse has also packed in plenty of worldly experience over the years. As a 24-year-old she left Warrnambool with a one-way ticket to Europe obtaining employment with some large financial institutions in both London and Dublin while using every opportunity to travel across Europe extensively. Now Natalie is very skilled at balancing her life around being a mum, wife and business partner while managing her own household finances.

Natalie and I share a strong belief that financial advice is so much more than providing investment expertise. Many of our clients have their own challenges at times and with our respective experiences we are able to assist them work through processes to get terrific outcomes. We have endured many hits and received some sore spots along the way, but we’ve worked our way through the ranks to finally be wearing our financial black belts. And, like the black belts in karate we are learning more and more every day.

The dictionary describes a ‘mentor’ as “an experienced and trusted adviser”.  We believe that all the rich and challenging experiences we have enjoyed over many years has allowed us the privilege of referring to ourselves a Financial Mentors. We are confident our clients share this opinion. 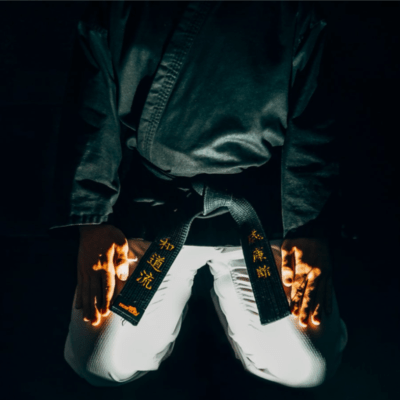