It’s hard to believe that it is just over 30 years ago since Geelong’s Pyramid Building Society collapsed with the fallout being devastating for many Mum and Dad investors and local businesses. I remember it like it was only yesterday.

I had commenced my Financial Planning career with the ANZ Bank only 18 months earlier. Fresh in the minds of people was the 1987 sharemarket crash so investors were very risk averse. Meanwhile, with interest rates spiralling higher on a monthly basis, people were more inclined to invest into the “safety” of fixed interest investments such as Term Deposits and Debentures.

My office was positioned upstairs and I would often receive a call from front line staff advising that they had a prospective investor shopping around for a highest interest rate. As the term deposit rate at the time was around 16% pa many investors did not think this was competitive enough so I was called into action. If the amount to invest was at least six figures I would call Treasury and get a special term deposit rate. Alternatively I could offer Esanda which was the ANZ Leasing and Finance department which had rates of 17.5% for twelve months. Some people would accept this while many were unsatisfied and remarked that they could “get 19% at Pyramid.” I would mention some sage words such as “high risk, high return” but this was often ignored given my youthfulness and their hunger for a higher return.

My basic memory was that staff at Pyramid could offer the equivalent of ANZ term deposits to potential investors but also had the ability to promote a higher interest producing investment that was not secured. When the Building Society collapsed these investors were the ones most effected. Over the next few years, due to a government rescue package, many people got their money back in staged payments but the higher risk investors took a  haircut. To be brutally honest I believe they were fortunate to get any payment at all. Perhaps the fact that the State Government had advised investors that their funds were “safe” only a couple of weeks before played a part in the bail out.

The old adage of “when things seem too good to be true they generally are” has rung true numerous times over the last 30 years yet people can still get sucked into the bright lights of high returns. I have seen the remnants of Storm Financial advice which was a disgrace with retirees double gearing their homes to invest into shares just prior to the GFC downturn. I know firsthand of people who lost their homes. Geelong’s Rolls Royce driving Graeme Hoy from Chartwell created a Ponzi scheme where investors were falling over themselves to invest into his high rates of return. In the end it required new investments of $2 Million per month to stay afloat but Hoy’s luck finally ran out. He is now rightfully serving time at the pleasure of Her Majesty. Perhaps one of his cell mates could be racing fraudster Bill Vlahos who also produced another Ponzi scheme which attracted the funds of many people who I would have previously regarded as being quite intelligent.

Still nothing beats the combination of greed and stupidity for conmen like Hoy and Vlahos. This is because as Warren Buffett once said “no one wants  to get rich slow.”

There are always opportunities for quick dollars to be made. However in my experience, in the majority of instances, taking a long term view and investing into a solid portfolio of quality growth assets such as property and shares beats the get rich quick merchants every day of the week. 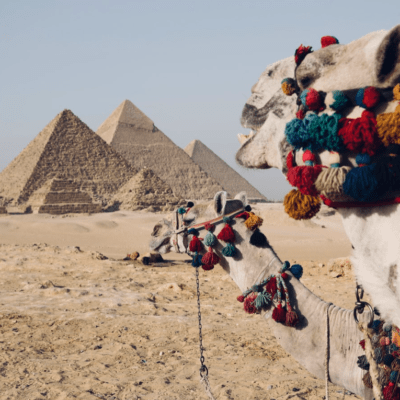